2019-06-06
Councilman Kenyatta Johnson pushes ban on bay windows, seen as a symbol of gentrification, in his South Philly district

Councilman Kenyatta Johnson pushes ban on bay windows, seen as a symbol of gentrification, in his South Philly district 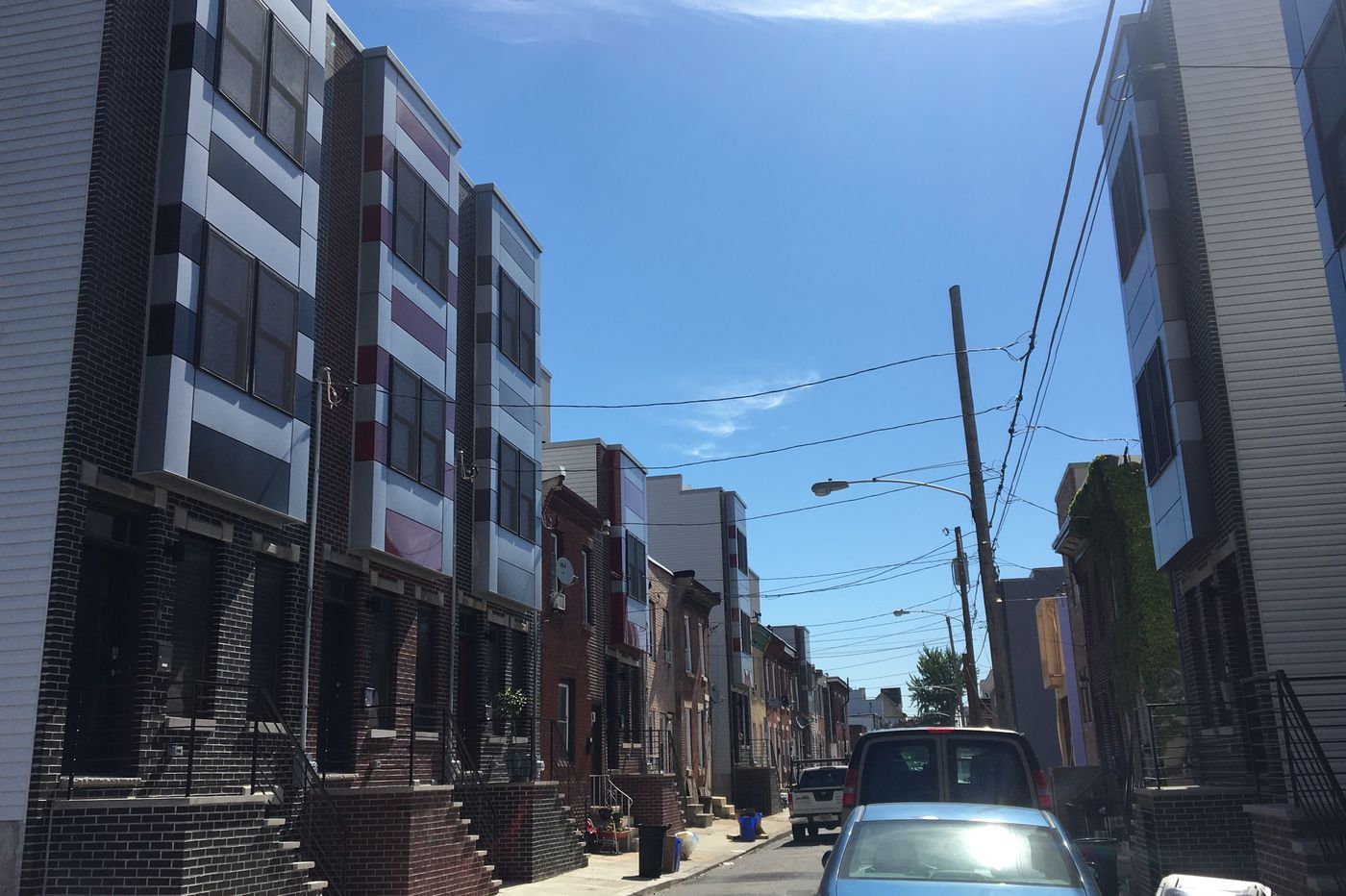 After coasting to an easy victory last week in what was expected to be a competitive and potentially groundbreaking Democratic primary election, City Councilman Kenyatta Johnson returned to Council just two days later with his eyes set on regulating new construction in his fast-gentrifying district — a contentious subject that was seen as a key issue in his primary race.

Johnson, who represents much of South Philadelphia, introduced a bill during City Council’s May 23 session that would ban balconies and bay windows across Point Breeze and Grays Ferry. The two architectural features would still be allowed outside of those two neighborhoods, but according to the bill, the distance from which they can project from a building would continue to be regulated.

Johnson’s legislation comes amid unprecedented change in his district, which stretches from the fast-gentrifying neighborhoods of Graduate Hospital and Point Breeze, to areas farther south and west, including the Navy Yard and Eastwick. Thousands of new row houses have been built, adding taller and showier structures to older and modest rowhouse blocks. The boxy, bump-out bay windows that Johnson aims to legislate have become a well-known architectural feature of Philadelphia’s construction boom, just as aluminum siding and roof decks have.

For some homeowners in the market for newly constructed homes, balconies and bump-out bay windows offer two things that a traditional rowhouse can’t: additional space and light. Other people see these architectural features as a defining symbol of gentrification — bringing with it anxieties about cost-of-living increases and displacement. And yet others worry that the features disrupt the appearance and character of older blocks.

Bay windows 'are absolutely reflective of the change that has happened in that [area] in the last 15 years or so,” said Patrick Grossi, advocacy director for the Preservation Alliance for Greater Philadelphia. “They are an icon of that change, and maybe for a lot of people, they are an icon of unwelcome change.” 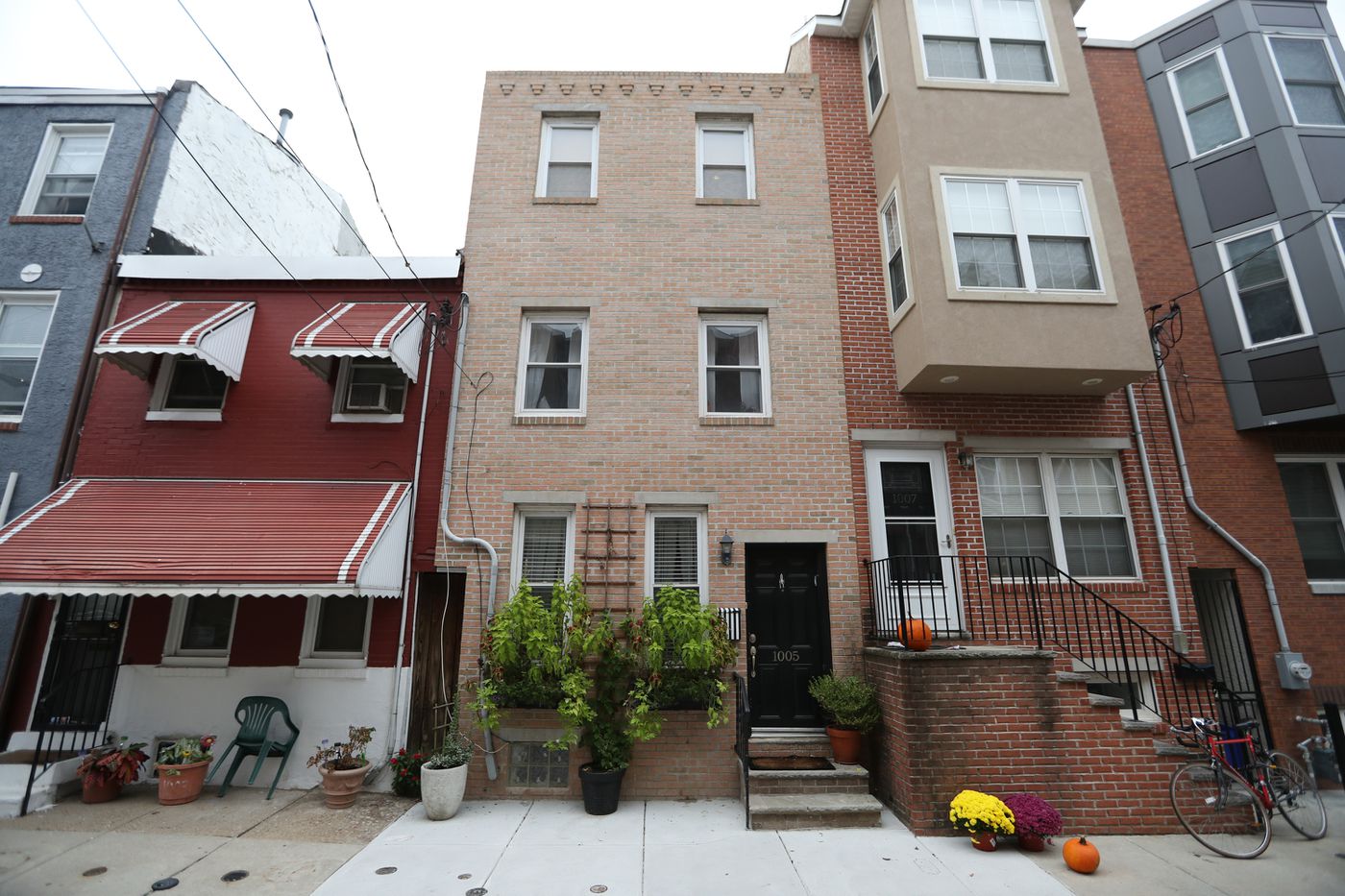 Development tensions have become especially pronounced in South Philadelphia, where the population has grown wealthier and whiter in recent years. Graduate Hospital, for example, the neighborhood in Johnson’s district that is bounded by South Street, Washington Avenue, Broad Street and the Schuylkill, saw average incomes rise from about $60,000 in 2006 to nearly $91,500 in 2017. The neighborhood’s African American population has plummeted from roughly 80 percent in 1990 to 33 percent in 2014.

Meanwhile, development pressures have stretched farther south. Point Breeze also has seen incomes rise, though much more modestly than Graduate Hospital, its neighbor directly to the north. Earlier this year, several properties either belonging to or associated with Ori Feibush, a Point Breeze developer, were vandalized. Those incidents came roughly two years after a fire was set to four townhouses he was building; that was later ruled an arson.

Development tensions such as these were viewed as a central issue in the 2nd District primary, in which Johnson faced Graduate Hospital resident Lauren Vidas as a challenger. Vidas, a white lawyer and lobbyist, including for the soda industry, told The Inquirer she was running to prevent the displacement of longtime residents and to ensure that the district develop fairly and transparently. Johnson, who has represented the district for eight years, was born and raised in Point Breeze, and made that fact a fundamental part of his campaign, with the motto, “From Here. For Here.' Among other goals, he promised to fight for property tax relief.

Yet Johnson’s time as a councilman has been plagued by periodic scandal, and his opponents have accused him of abusing his political clout in a way that conflicts with his promises to keep his district affordable. In 2016, a jury awarded Feibush, the Point Breeze developer, $34,000 in a civil case that accused Johnson of blocking Feibush’s attempts to buy two city-owned lots after he announced plans to run against Johnson in 2015. And multiple Inquirer investigations have found that Johnson steered the sales of city-owned lots to a friend, who, despite promising to build affordable housing on some of the lots, ended up pricing the houses at $400,000 and more.

Even so, Johnson managed to win last week’s primary election handily, capturing nearly 60 percent of the vote. Johnson also managed to win with wider margins in the neighborhoods including Point Breeze, Grays Ferry, and West Passyunk.

Johnson was not available for an interview Friday or Tuesday morning. In a statement provided by his communications director, Johnson said the legislation is designed to better preserve the neighborhoods in his district. 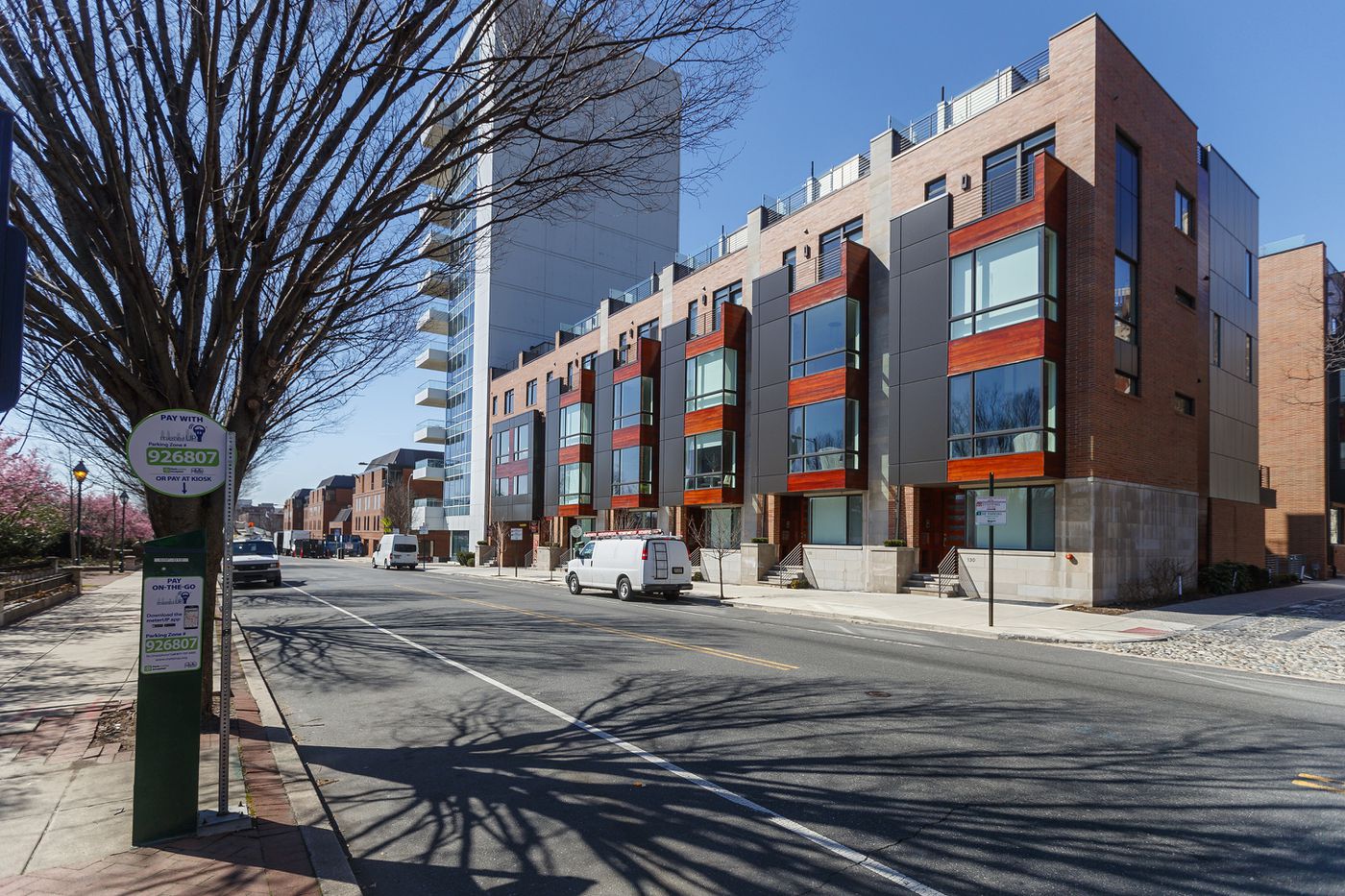 “Some developers are putting bay windows past the property line [and] encroaching on the sidewalk/streets space,' Johnson said in the emailed statement. “This practice is inconsistent with the character of many of South Philadelphia’s historic rowhouse blocks, so the legislation is designed to ensure the historical preservation of the facades and character of the residential blocks.”

His legislation, if passed as is, would take effect immediately and would apply across Point Breeze and Grays Ferry. Outside of those designated neighborhood boundaries, all existing rules surrounding balconies and bay windows stand. For example, outside of those neighborhoods, a developer could build a balcony or bay window that extends four feet, but only if that building is set back from its property line.

Claudia Smith Sherrod, a Point Breeze resident and the former executive director of South Philadelphia H.O.M.E.S., a social services nonprofit in the neighborhood, said that she views the balconies and bay windows bill as largely positive, and that neighbors have grown increasingly concerned about development that intrudes onto sidewalk space.

“A lot of [the development] going on is too large for the block that it’s being built on,” Sherrod said. “There’s no real consideration for the people who live on the block or the character of the block.”

Feibush, who has built multiple properties in Johnson’s district, called Johnson’s legislation a “pointless bill that will just fill the [Zoning Board of Adjustment] with a few more cases each year.”

“He’s also 10 years late to the party with this one,” Feibush said in a text message, adding that “if the concern is neighborhood aesthetics,” Johnson should instead focus on introducing legislation that would require new homes to match the second-story cornice line, meaning the horizontal molding, on blocks with already intact cornices.

Johnson’s proposed bill comes roughly six months after he introduced a bill that would make it harder to build three-story houses in some sections of Point Breeze and Grays Ferry. That bill remains held in committee.

Information for this blog was sourced from? https://www.inquirer.com/real-estate/housing/councilman-kenyatta-johnson-bay-windows-balconies-bill-point-breeze-south-philly-development-gentrification-20190528.html

2019-11-10
Bankrupt Philly refinery gets interest from 15 potential bidders; aims for a January auction

2019-07-02
As Hahnemann enters bankruptcy, ‘gateway’ development site could open up in Center City